This is a letter written by Greta Thunberg in 2017 or 2018, before she started her school strike for the climate; before she became famous for becoming the voice of a generation. Excerpted from Our House is on Fire: Scenes of a Family and a Planet in Crisis. 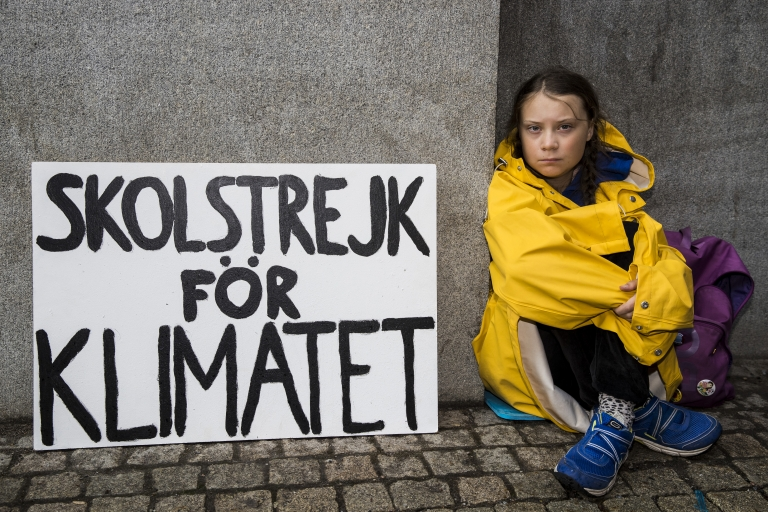 My name is Greta and I am fifteen years old. My little sister, Beata, will turn thirteen this autumn. We can’t vote in the parliamentary election even though the political issues now at stake are going to affect our whole lives in a way that can’t be compared with previous generations.

If we live to be a hundred then were going to be here well into the next century, and that sounds really strange, I know. Because when you talk about the future today, it usually means in just a few years’ time. Everything beyond the year 2050 is so distant that it doesn’t even exist in our imaginations. But by then my little sister and I–hopefully–will not even have lived half our lives. My grandfather is ninety-three and his father lived to be ninety-nine, so it’s not an impossibility that we’re going to live long lives, too.

Perhaps they are going to wonder why you, who had the chance to be heard, didn’t speak up. But it doesn’t have to be way. We could all start acting as if we were in the middle of the crisis we are in fact in.

You keep saying that the children are our future, and that you would do anything for them. Such things sound full of hope. If you mean what you say, then please listen to us – we don’t want your pep talks. We don’t want your presents, your package holidays, your hobbies or your unlimited options. We want you to seriously get involved in the acute sustainability crisis going on all around you. And we want you to start speaking up and telling it like it is.