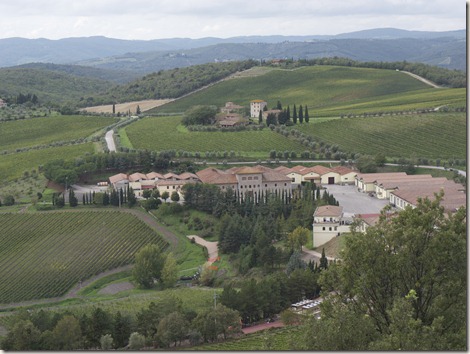 So it’s been four weeks since we left for Italy to get married and honeymoon with a brief stop in New York on the way home.

When we left, I had dropped 15 pounds and Zanna had lost 10.

Our plan for our trip was a noble one: ease up a bit but continue he to eat less and exercise more. You can read more about the planned maintenance plan in an earlier blog post.

On the airplane ride to Italy, we continued to log our calories using the offline version of the wonderful MyFitnessPal.com program. We quickly realized once we landed in Europe, however, that without 3G on our phones and reliable and consistent access to wireless that we wouldn’t be able to use MyFitnessPal. So we ditched it.

Now, did I mention where we were spending our wedding and honeymoon? In Italy 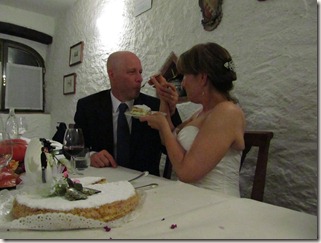 You know…The land of food and wine. The land of amazing pasta, pizza, cheese, cannoli, gelato, and wine. Also, did I mention that we were getting married there and that some wedding cake and celebrating might be involved?

And the wedding cake we had was nothing short of spectacular, by the way. For those interested, it is called millefogile, and it’s to die for even though there was no chocolate involved!

Well, I won’t say we ate like pigs. But I have to say that we quickly dropped all pretense of being on strict diets and logging our calories. That said, we did generally try and eat smart. But let me confess it here: there was a lot of pizza, pasta, wine, and cheese involved in our diets in Italy. Furthermore, I am guessing that we ate gelato at least every other day. And we had cannoli and cake a few times too. Okay, so we were slightly refined pigs.

And once we got to NY, I’d like to say with 3G access on our phones and wireless access at my parents house, that we immediately jumped back on the diet bandwagon and MyFitnessPal. Well, I’d like to say that but it would be a lie to say that. We continued to eat pizza and even had some more cannoli at a small family reception Friday night. 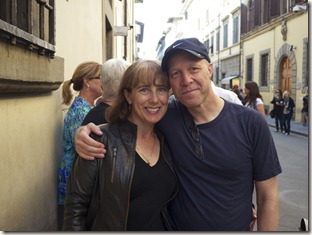 After 2 1/2 weeks it Italy and 1/2 week at my parents house in Long Island, we arrived home late last Saturday night. The next morning we weighed in and were shocked to discover that Zanna lost an additional pound and I had gained one pound. Wow! IOW, for all practical purposes, we maintained our amazing weight losses.

How Was This Possible?

In reality, I don’t know how this was possible and why we were so lucky. But I can speculate why. So here goes it.

Listen, I was expecting a weight gain on the order of 5-7 pounds for me. So again, I was quite shocked. Of course, at the same time, I did notice that my newly purchased 32 inch waist blue jeans continued to fit me throughout the trip so perhaps it wasn’t that bad. But one pound? Remarkable.

So what has happened in the intervening week since we have made it home from our wonderful trip? Well to be totally honest, my weigh in today was 163.0. Up 1.5 pounds since we got home.

Not exactly where I want to be but within a reasonable margin of error. And this is after surviving Halloween week and the adjustment back home and back at work.

And I did manage to run twice and go to a spinning class once this week. Though with the constant rain and cold in Seattle, I have not ridden my bike to work since we have gotten home.

And we are both back on MyFitnessPal and I am reducing my caloric intake allowance a bit until I get back to 160 or 161 where I will move back into maintenance mode. Especially with Thanksgiving and Christmas right around the corner.